There’s a lot of reasons we love his name. 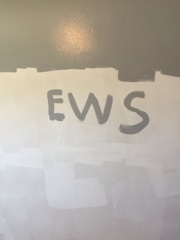 Easton –
To me, it sounds country. It sounds southern. It sounds a bit old fashioned or vintage.
It’s also special because our very first concert together was….Easton Corbin.
It was a group date out with friends and we went to 8 Seconds and had super close seats to the stage. Lots of fun and we have always loved the name Easton.
Wayne –
Multiple reasons here.
I’m a huge fan of using part of our family on the naming of our children. We considered several first names that would have fit this as well.
Wayne represents two (and more) very important men in my life.
Wayne is my dad’s middle name, my brother’s middle name, and my oldest nephew’s middle name. Sure, it’s been used (obviously) but it’s still very special to me to include it in our son’s name. We thought about several other family name options (Lee, William, Alan, Michael) but Wayne just flowed the best.
The other guy I want to rembember left our lives in 1997 and I have some very fond memories spent with him. Fishing with Uncle Wayne and his buddy Gee were always my favorite. He was just the coolest dude ever and let me get by with way more than my parents would as a kid. My love for Harley rides is something I blame on him and I can only hope he and my mom enjoy the best views up above of their families.  It’s basically unimaginable that he’s been gone for almost 18 years. It was one of the first major losses in my life at 13 years old and it made me realize life was way too short. I had no idea 4 years later I would lose a parent like my cousins did. It’s definitely tough to think back on those days.
Lastly….
Everyone has told me you have to be able to yell the name.
I tried and it works.
I’m sure he’ll be perfect, though, and I’ll never have to shout his precious name once.
Ya, right!